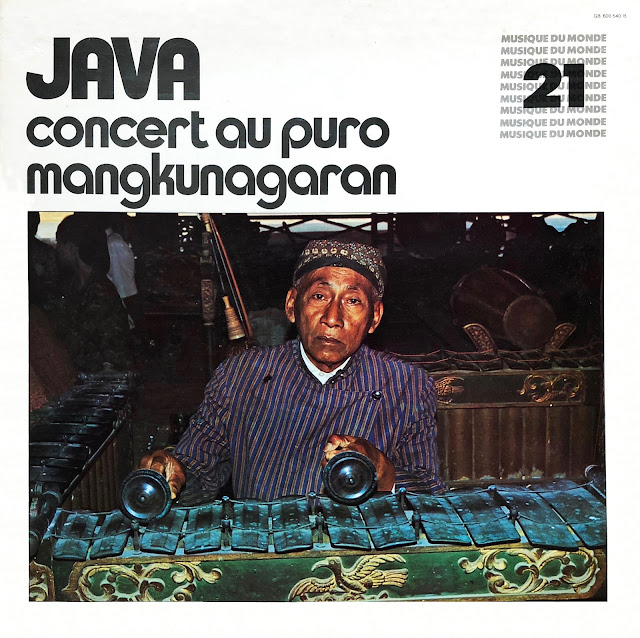 Originally posted by Tawfiq, who passed away in April 2019, on his great blog oriental-traditional-music.blogspot.com on January 1, 2014.

Here’s another wonderful gamelan LP taken from the fantastic series of Southeast Asian music recorded and published on the label Galloway by French musicologist Jacques Brunet between 1963 and 1982. Only a few were later republished on CD, most of which have no longer been available for many years. Especially noteworthy was the release of 19 LPs of music from Bali and Java, unfortunately merely available for a couple of years. See text below. 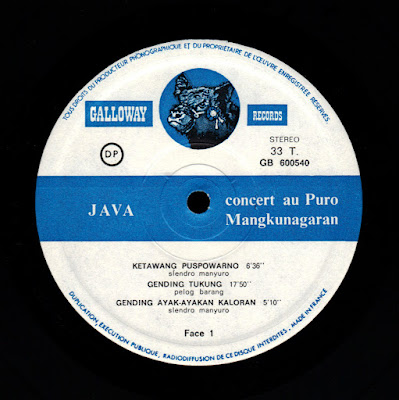 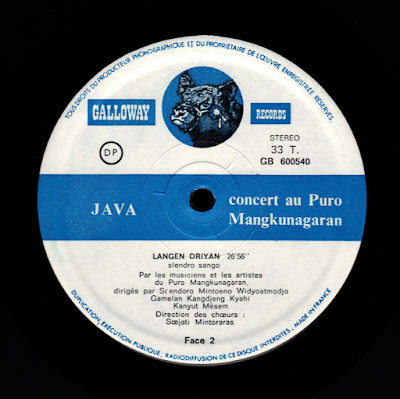 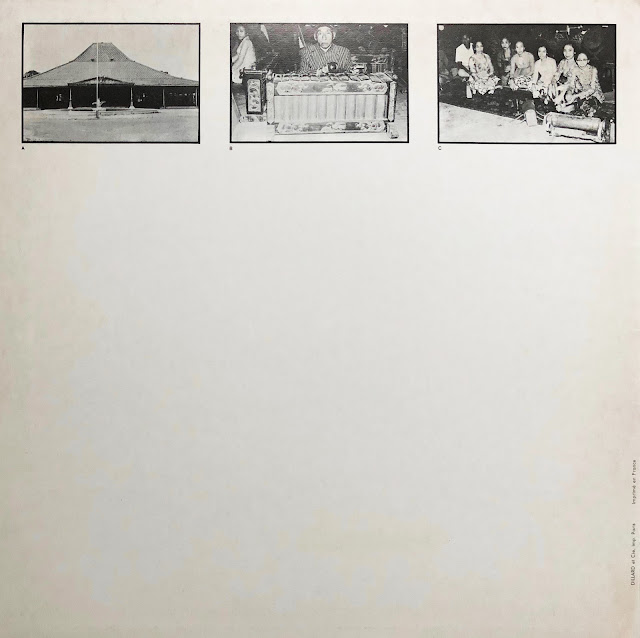 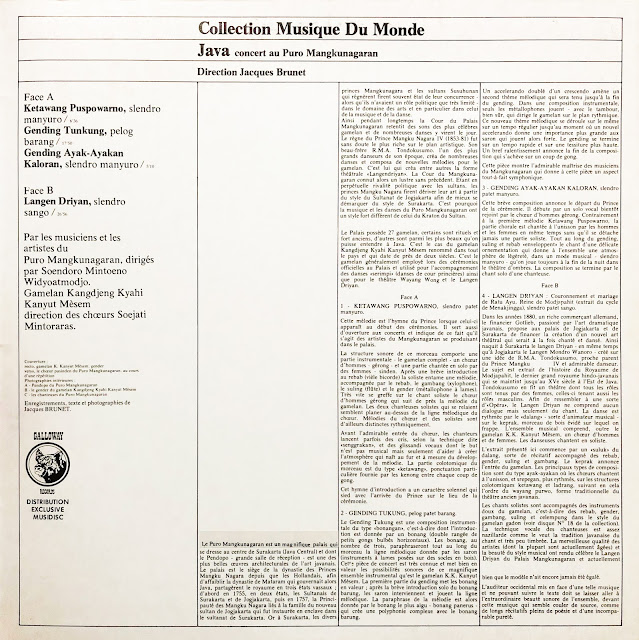 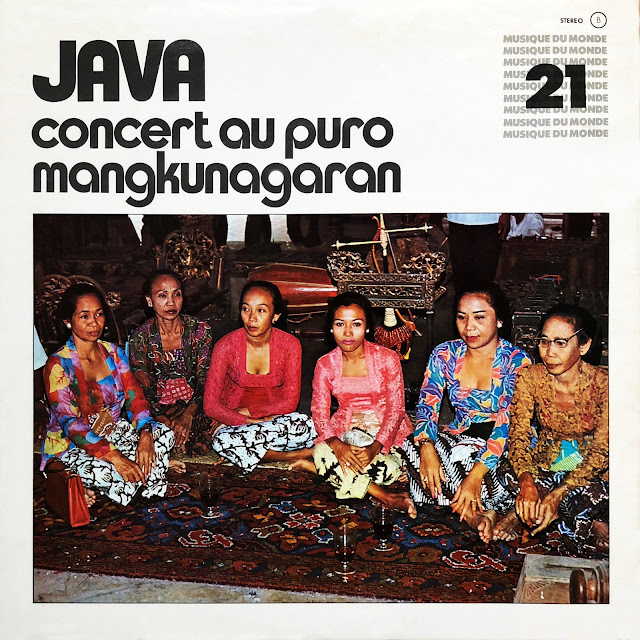 "From 1963 to 1982, Jacques Brunet, a former concert pianist now musicologist, made a series of recordings of Southeast Asia's traditional music. Starting in Cambodia, the sessions rapidly spread to the neighbouring countries: Laos, Thailand, Burma, Malaysia and Indonesia. Helped by meetings made during previous campaigns, consecutive harvests gradually mapped out the first significant musical cartography of these countries at a time of cultural renewal, which took place between the suspension of artistic activities due to the hardships of the Second World War (or the troubles leading to independence) and the arrival of mass tourism during the mid-seventies. This latter phenomenon contributed to accelerate the evolution of local traditions leading to a notorious change in the musical life of these countries.

Strictly speaking, Jacques Brunet's work was not the first attempt to create a musical encyclopedia of this part of the world (this was done by the German firm BEKA und ODEON in its 1928 recordings), but it was the first to be duly appropriate to its subject, in several ways. First, it drew from the systematic ethnomusicological research conducted by Dutch and Canadian specialists (mainly Jaap Kunst and Colin McPhee); second, it was encouraged by musical institutions devoting themselves to the collection and study of the World musical cultures (such as the International Institute for Comparative Music Studies and Documentation in Berlin) that were hosting and financing field works; and last but not least, it used recording tools now allowing the local musical activities to be fully documented in their own time frame. The newly acquired independence of Southeast Asian countries provided a favorable addition with the creation of local recording companies starting to publish many disks that were to become precious landmarks for conscientious field researchers.

When the author started making his recordings, only a few easily available records devoted to this part of the world existed (not counting those made by "sound hunters" and other collectors of "ambient sound" - whether these sounds came from a touristic context or another context). There were probably not more than ten genuine "music" records available and most of them were the results of a single attempt with no follow-up. Some of these are shown in a special page.

Some ten years later, the Western public had access to a qualitatively different ensemble encompassing large sections of lengthy works spanning several sides of a 33-RPM LP, a rather extensive collection of the musical treasures of a Javanese palace and a significant musical account of a Balinese local ceremonial tradition.

Furthermore, Jacques Brunet's productions, like some of his fellow ethnomusicologists, distinguished themselves by extended cover notes (where knowledge coming from the best musicological sources of the time merged with information gathered with an acute ear from local musicians), and by a plentiful iconography that took full advantage of the possibilities offered by the unmatched quality of the LP album format."

Posted by MusicRepublic at 3:34 PM