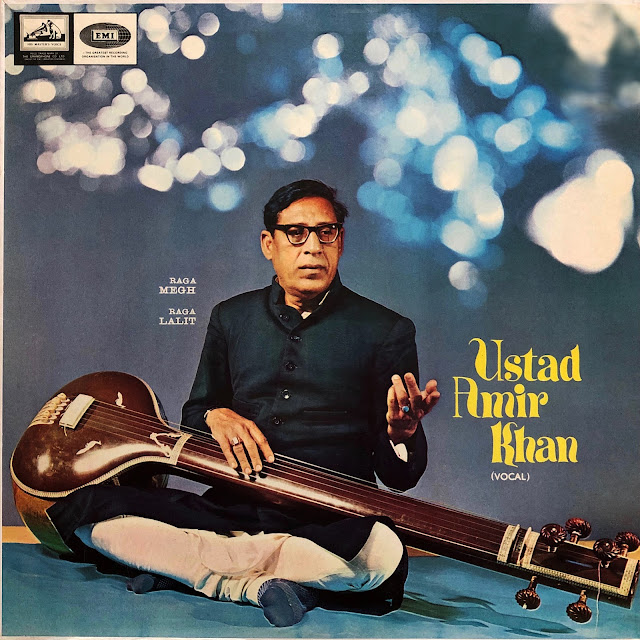 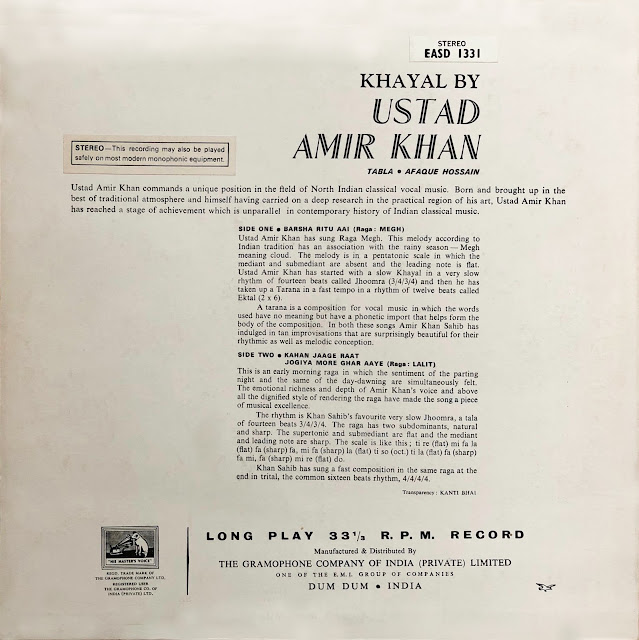 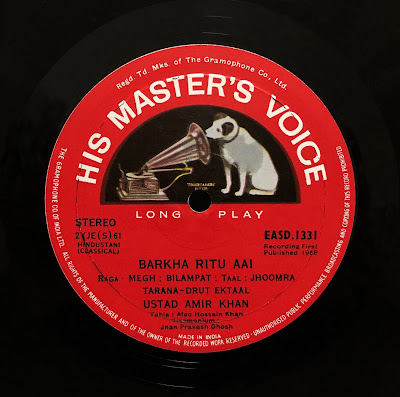 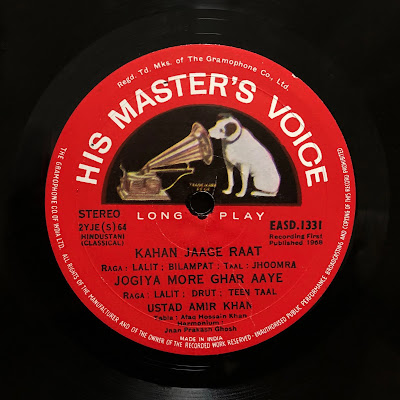 Author Susheela Misra (1920-1998) wrote, “His music combined the massive dignity of Dhrupad with the ornate vividness of Khayal. (…) What set him apart from his contemporary artistes was the fact that he never made any concessions to popular tastes, but always stuck to his pure, almost puritanical, highbrow style.”*

According to musicologist Deepak Raja, “Ustad Amir Khan was easily the single most influential Hindustani vocalist of the 20th century. His music deeply influenced his contemporaries and (…) continues to shape the dominant tendencies in vocalism, as well as instrumental music…he set standards of musicianship that have yet to be bettered.”** Sitar maestro Nikhil Banerjee (1931-1986) echoed the sentiment during a 1975 tribute to Khan: “He has been a constant inspiration in my musical career. In going to develop my own musical ideas I have very often felt that Khan Saheb has thrown a new light on the concept of music and his demonstration has opened up a new horizon with its immense possibilities.”***

***Music of the Soul by Nikhil Banerjee here 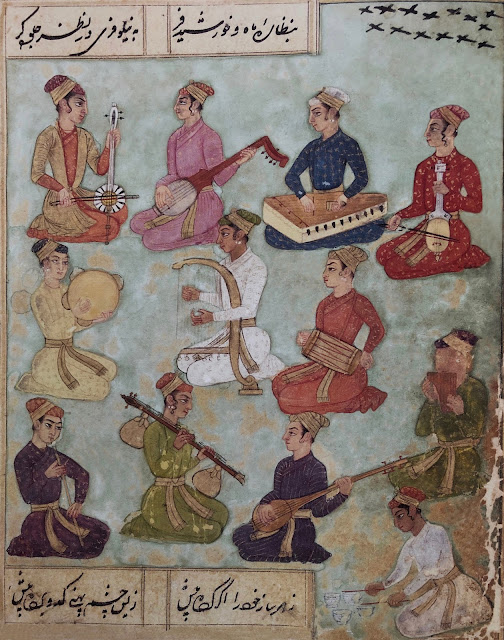 Posted by MusicRepublic at 7:30 AM 2 comments: 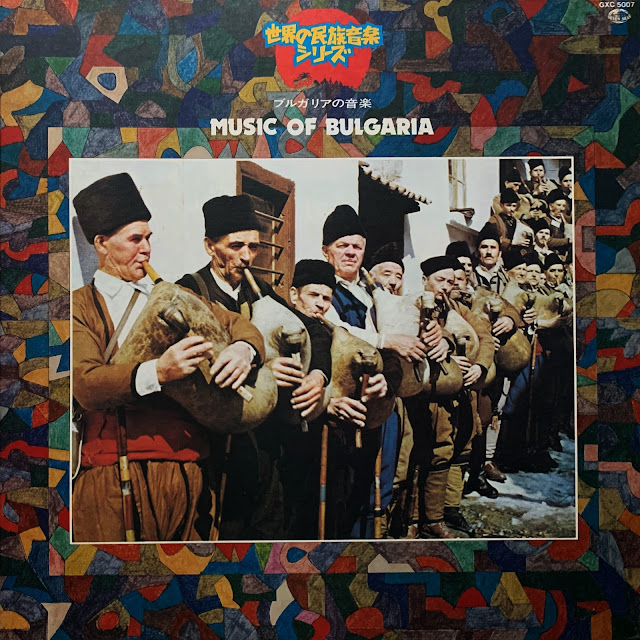 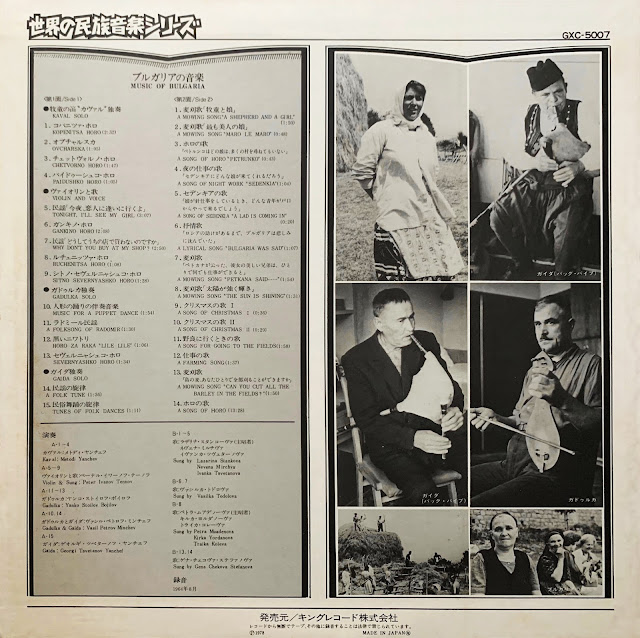 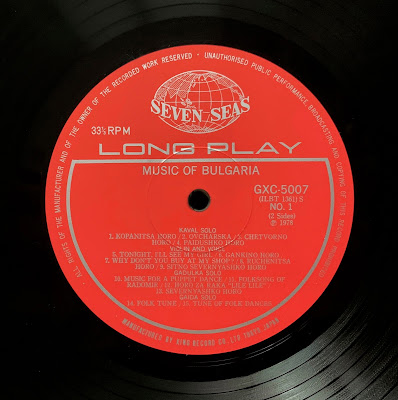 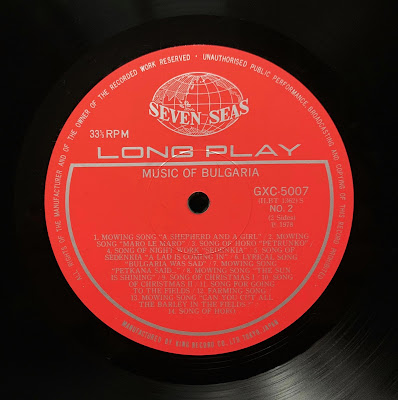 Weaving rich sonorities, complex rhythms and fascinating harmonies, these performances transport us back to a time when traditional village music was closely connected to various horo folk dances at the heart of Bulgarian rural culture and identity.

A11 – Folksong from Radomir

B1 – A Shepherd and a Girl (Mowing Song)

B6 – Bulgaria Was Sad (Lyrical Song)

B8 – The Sun Is Shining (Mowing Song)

B9 – Christmas Song I

B11 – Song for Walking to the Fields

B13 – Can You Cut All the Barley in the Fields? (Mowing Song)

*Kindly note there are errors in the track-list. I tried to correct them as best I could, but not sure about the actual name of each track. Verification by a native speaker is more than welcome.
Download:
Flac
MP3
Koizumi Fumio (1927-1983) was a major Japanese ethnomusicologist who studied aesthetics at Tokyo University and Japanese music with Eishi Kikkawa. He taught at Tokyo Geijutsu Daigaku (Tokyo National University of Fine Arts and Music) and at Wesleyan University in the United-States and recorded many disappearing musical traditions during his numerous field trips across the world. His years of work culminated with the 1981 release of the 50-LP Great Anthology of Traditional Music.
More authentic village-music posts from the Balkans:

*Village Music of Bulgaria - A Harvest, a Shepherd, a Bride – Nonesuch H 7234 here

Vintage postcard of a country dance near Rutzschuk (Ruse), Bulgaria:

Posted by MusicRepublic at 12:53 PM 3 comments: 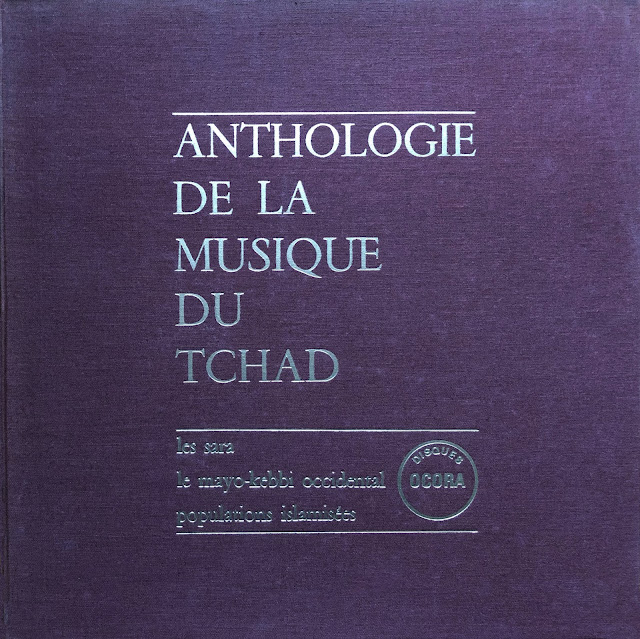 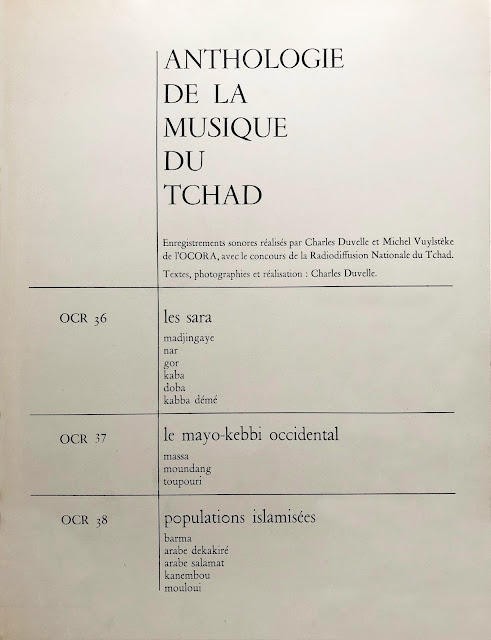 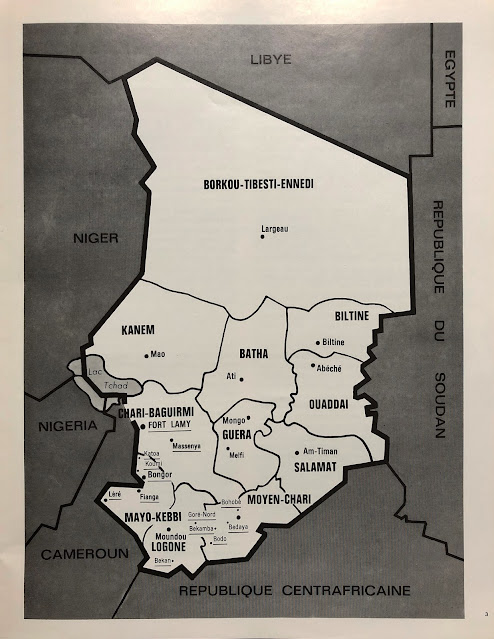 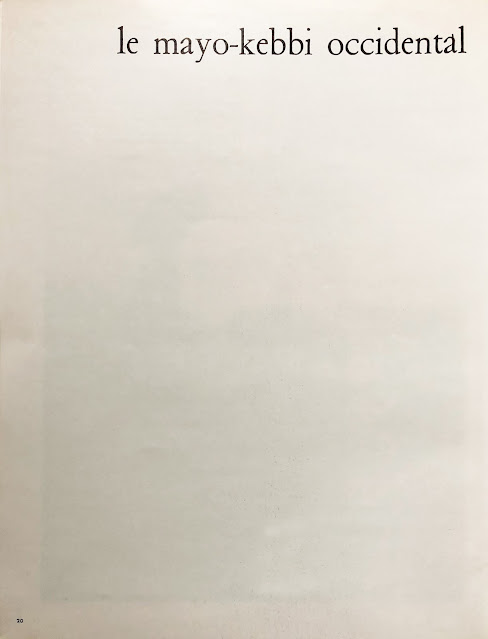 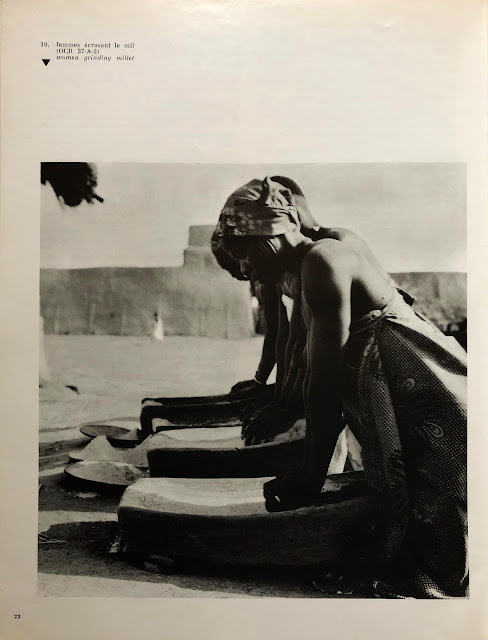 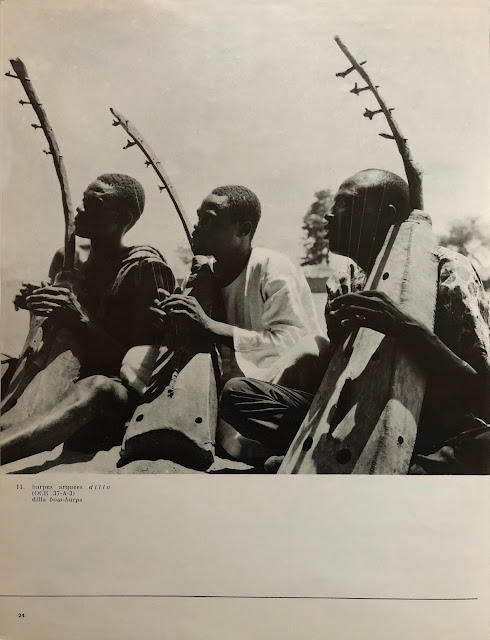 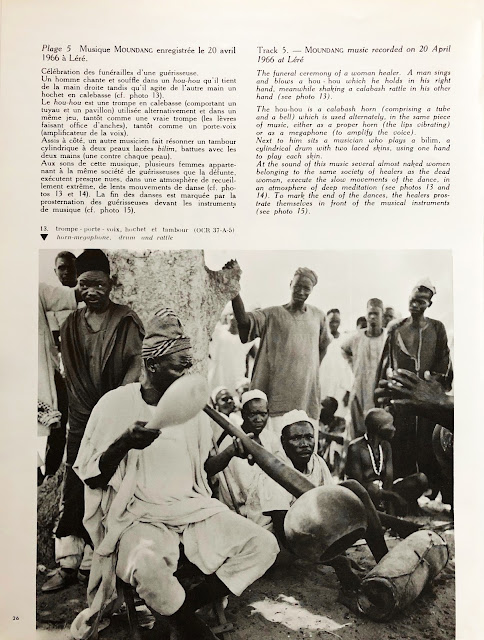 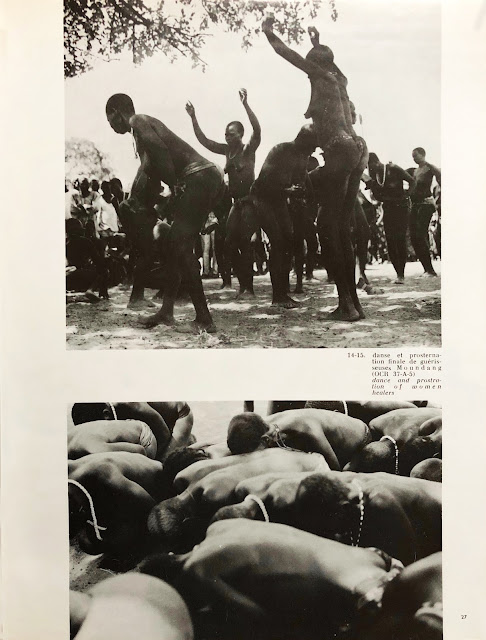 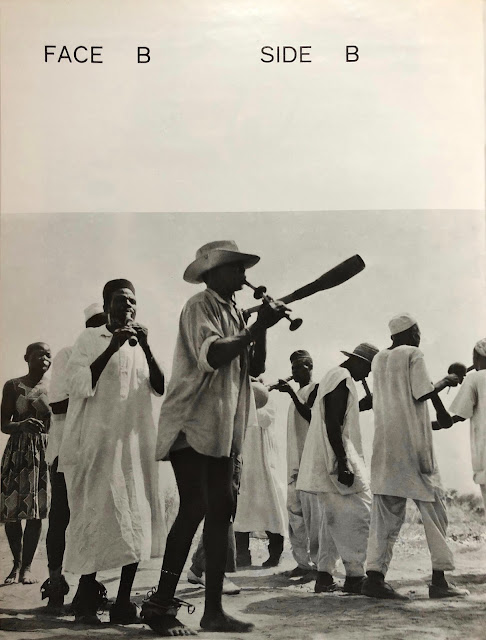 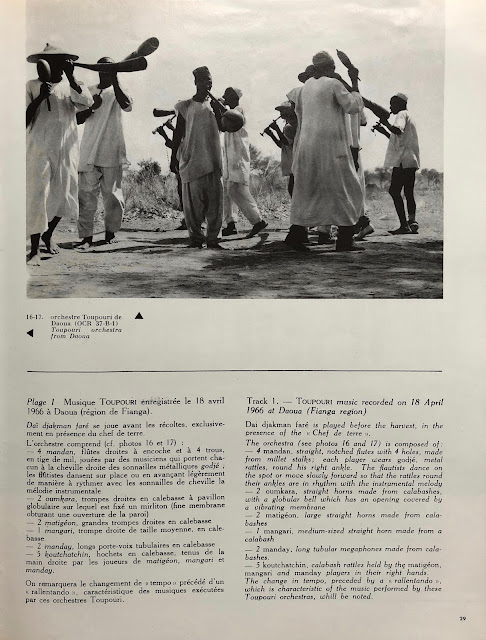 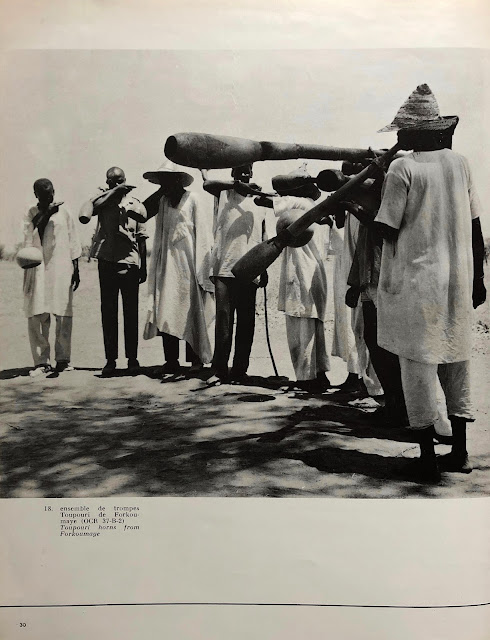 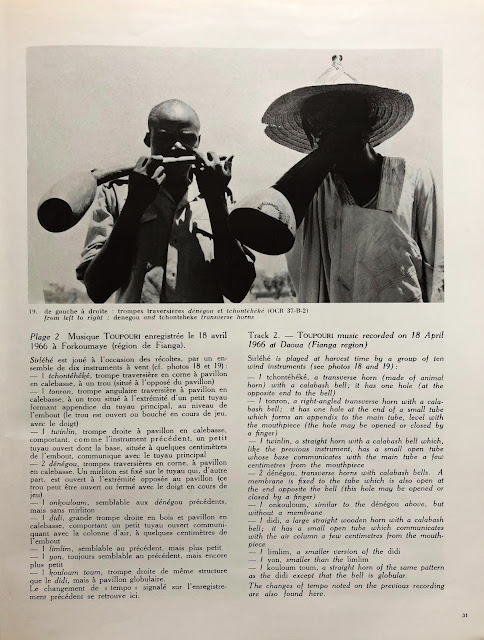 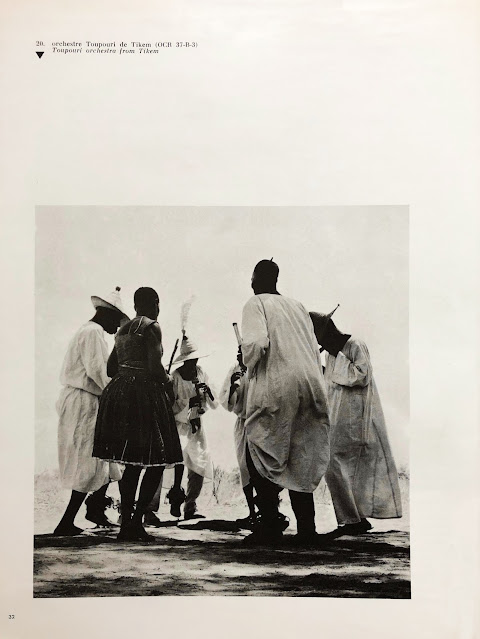 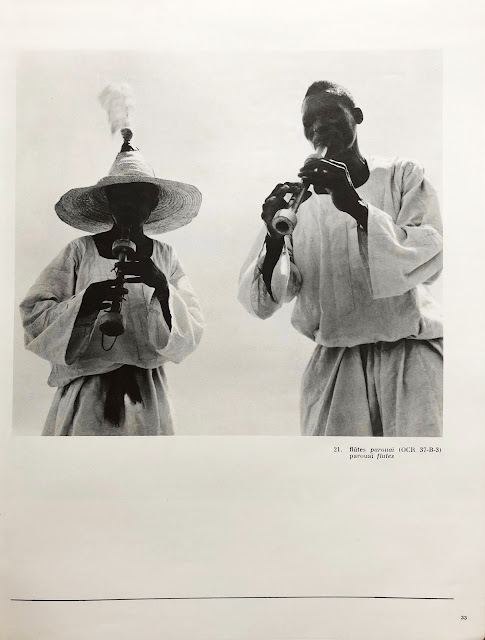 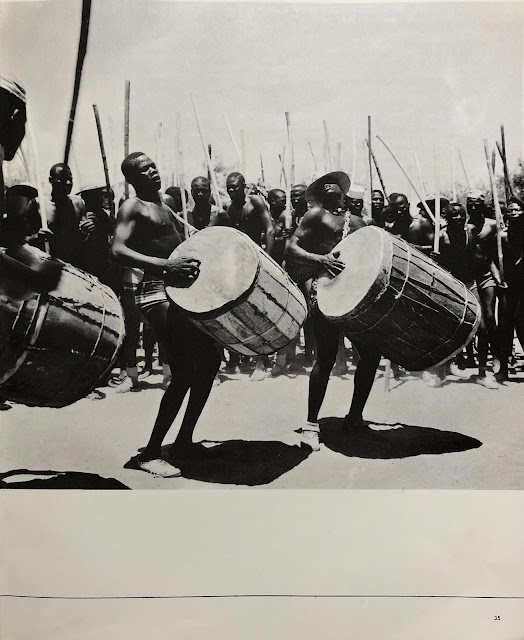 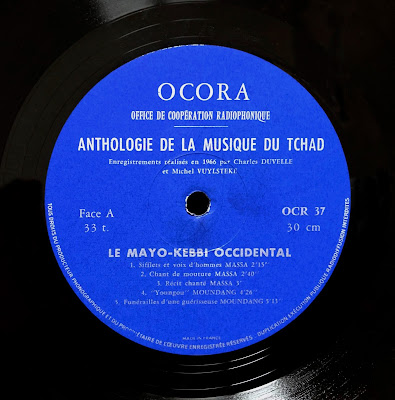 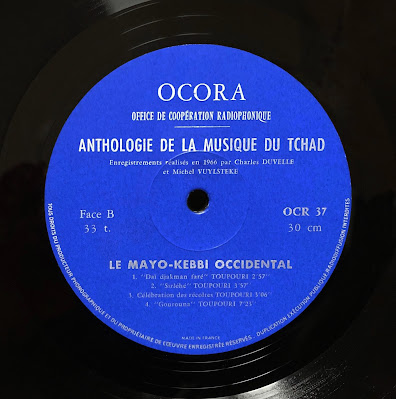 We kick off 2023 with a first record from the gorgeous three-LP anthology of Chadian traditional music released on the legendary first Ocora series. Here we showcase the music of the Massa, Moundang and Toupouri people from the Western Mayo-Kebbi region near the Northern Cameroonian border. We will post the two other LPs shortly.

A1 – Bringing back their herd to the village;

Two shepherds each sing and blow a one-holed whistle;
Recorded near Bongor, April 1966.

A3 – Narration of a journey;

A4 – Youngou is played and danced by a group of costumed men;

A5 – Funeral of a female Moundang healer;

B2 – Sirléh performed during the harvest;
Ensemble with ten horns and calabash bells (see photographs scans 16 & 17);

Ethnomusicologist Charles Duvelle (1937-2017) was a formidable champion of traditional music who greatly contributed to the preservation of a disappearing world in our age of globalization, when the rich diversity of our past is quickly being erased and forgotten.

Raised in Indochina, Duvelle was an accomplished classical pianist with a great ear who reveled in new forms of music, like Jazz. He made his indelible mark as general editor of the French label Ocora, whose many remarkable recordings had a qualitative impact that’s impossible to overstate. Showcasing the complexity, diversity, and sometimes high level of abstraction of traditional music, such luminaries as David Byrne, Brian Eno and countless Jazz musicians have readily acknowledged the influence of these seminal LPs on their music and for opening new musical vistas.

Posted by MusicRepublic at 4:31 PM 6 comments: